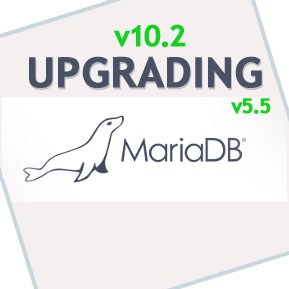 MariaDB as you may have already known is a community developed branch of popular opensource database engine MySQL. Since it’s inception MariaDB has swiftly surpassed most of its rivals and is now one of the most popular and actively maintained opensource database engines available. MariaDB offers all the features you know and love from MySQL in addition to several commercial grade additions contributing to tighter security, better overall memory management and performance. Current versions of MariaDB even offers built-in support for parallel replication.

First, goto MariaDB’s website and select your Distro, Release version and then finally the version of MariaDB you wish to have installed. It should look like this for CentOS: 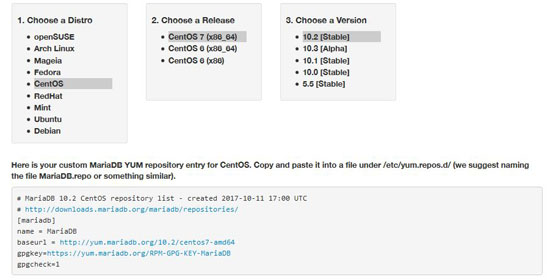 We are working with CentOS 7 while the version of MariaDB we would like to have installed is MariaDB 10.2. After making the relevant selection we will be provided with some configuration code. Insert this into a new file under /etc/yum.repos.d/ called MariaDB.repo. Here’s what our configuration looks:

With the repo file in place you can now install MariaDB with the following command: